As the “The Belt and Road Initiative”1 sprouted and blossomed in various industries, the footsteps of the photovoltaic industry have become more and more smooth and farther and farther in the overseas market.

On last Friday, November 30, the headquarter SCEGC Group and SCEGC Group New Energy Co., Ltd. met with Lee Choo Boo, president of the ITRAMAS Group in Malaysia. During the talks, the two sides indicated that they will actively promote the cooperation project of Shaanxi Construction Group's new energy in Malaysia, and at the same time confirm that the two sides will expand their cooperation to other countries in the Belt and Road. 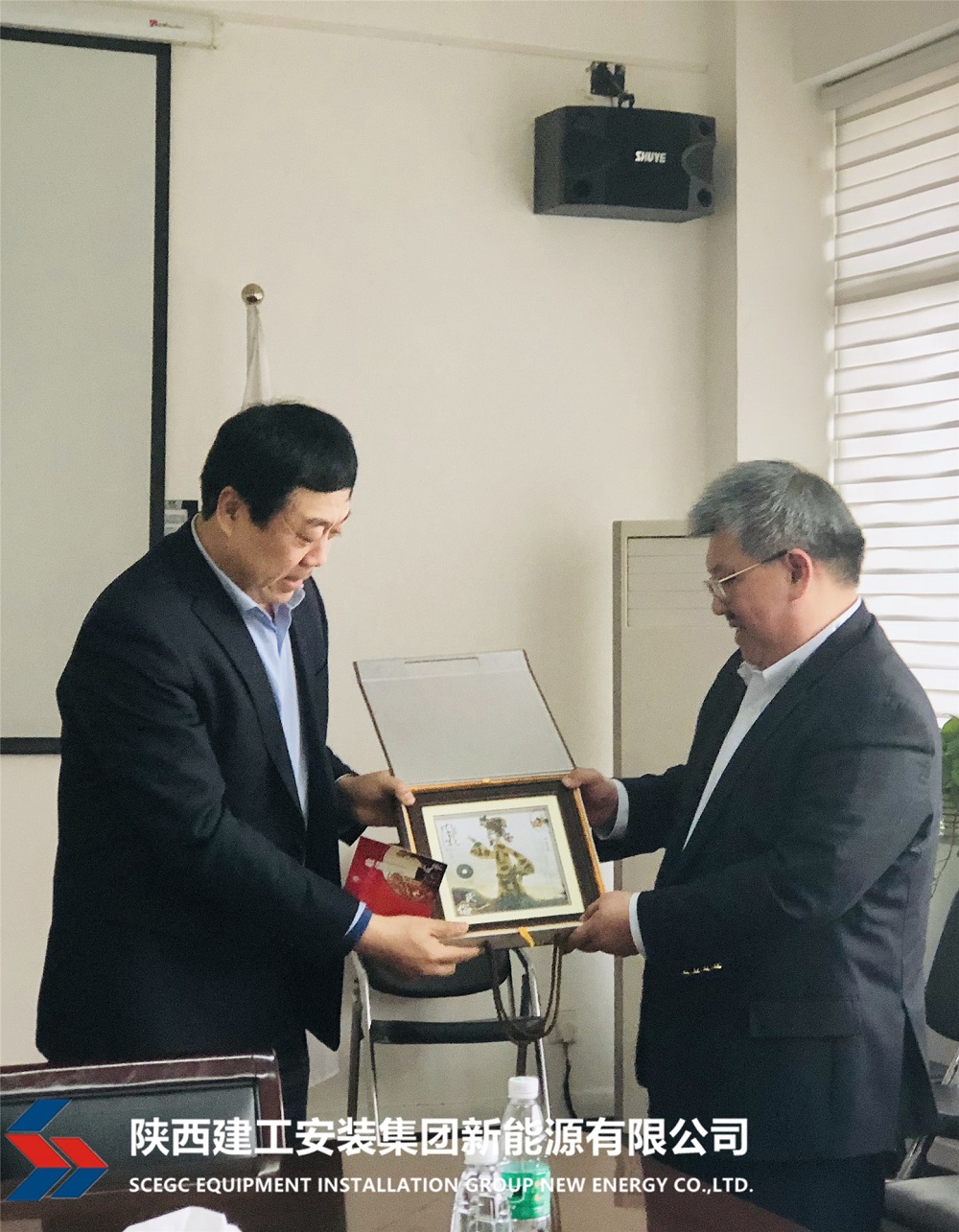 Meng Jian, Chairman of the Group, and Lee Choo Boo, President of ITRAMAS, presented a gift to each other after the meeting

Southeast Asian countries have sufficient sunshine and have a daily sunshine of 1460-1900 kWh/m2, which has the advantage of natural photovoltaic power generation. However, due to the influence of geographical conditions, some countries and regions still have problems of power shortage and long-term power shortage, which restrict economic development. Energy problems need to be solved urgently. Photovoltaic power generation has become a feasible solution for solving energy problems in the region.

Southeast Asia has installed a total of 4,170 MW by the end of 2017. Of these, only Thailand and the Philippines accounted for 86% of installed capacity. The markets in Malaysia, Thailand, Vietnam and the Philippines in Southeast Asia are the most worthwhile. Take Vietnam and Thailand as examples. Both have set the goal of future PV industry development. Vietnam has set a PV installation of 12GW in 2030, and Thailand is in In 2036, it reached 6GW of PV installation. The two countries also introduced FiT (Feed-in Tariff) and Net Metering policies to stimulate the development of the national photovoltaic industry. According to Minister of Energy of Malaysia Yeo Bee Yin, the third round of Malaysian Large Solar (LSS) tenders will increase capacity by 500MW, details will be announced in January 2019.
Yeo said the value of these projects could be as high as RM2 billion (about $477 million).

1. What is "The Belt and Road Initiative"?

The Belt and Road Initiative refers to the proposal to build a Silk Road Economic Belt and a 21st Century Maritime Silk Road. During his visits to Central and Southeast Asia in September and October 2013, Chinese President Xi Jinping unveiled the initiatives of building the Silk Road Economic Belt and the 21st Century Maritime Silk Road in cooperation with related countries, and laid out policy coordination, facilities connectivity, unimpeded trade, financial integration, and people-to-people bonds as the five major goals.

To implement the Belt and Road Initiative, China has set up a leading group and developed close contacts with the countries along the land and sea Silk Roads. In March 2015, the leading group published a white paper entitled Vision and Actions on Jointly Building the Silk Road Economic Belt and the 21st Century Maritime Silk Road.

(Part of the data comes from: https://mp.weixin.qq.com/s/qwiYoxCnJqSlE9MeIBBXUw)